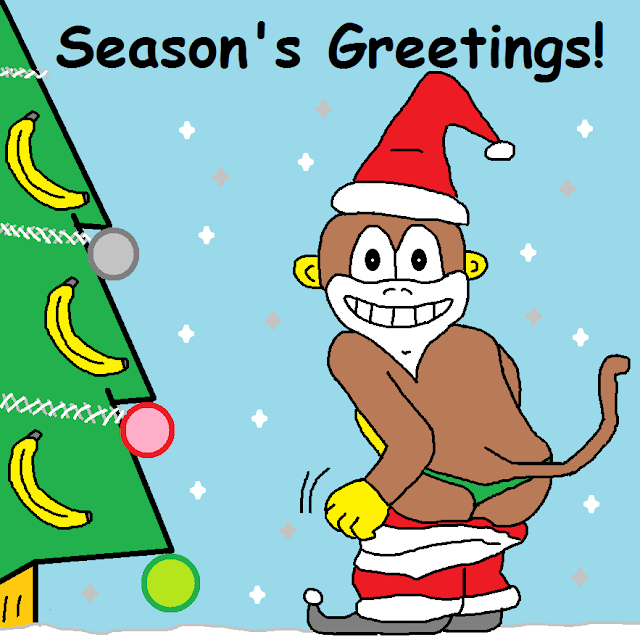 Today I thought I would do a brain-dump of some things/tips I've done/encountered since starting my internship about 6 weeks ago.
Hopefully some of it will be useful to others but at the very least it will help ensure I don't forget stuff (an insidious affliction affecting 2 out of 3 older monkeys).
But before I get to that, I'd like to thank everyone who has helped me learn more about DFIR over the past year or so. This includes the generous DFIRers that have responded to my emails/Tweets or shared their knowledge (via blog, book, presentation or those unlucky enough to have a socially awkward meeting with me). Hopefully, I have also thanked you individually in an email/Tweet at some point. Mother monkey did not raise an ungrateful bastard - so if I have forgotten to thank you I apologise.
When I started this blog,  I was hoping it might help me connect with some other newbies. But what I've since realised is that as DFIR constantly changes,  everyone is a potential newbie and having the newbie curiosity is a pre-requisite. Perhaps that is why DFIRers seem so helpful/approachable?
Originally, it was also more of an excuse to draw crude (in every sense of the word) cartoons. But somehow it ended up becoming more technical - hopefully the picture above helps re-balance the universe somewhat.
Anyway, enough of the touchy-feely stuff - on to the forensics!

Based heavily on the work of others (*cough rip off *cough), I wrote a "bing-bar-parser.pl" Perl script to parse Bing Bar history files.
The Bing Bar is Microsoft's attempt at combining search, Hotmail and other stuff into an IE toolbar. I can't say how popular it is in the age of Google but just in case, here's a tool. This script is intended to provide a Perl based method to view a user's Bing Bar search terms as stored in "searchhs.dat". By writing it in Perl I hoped to both improve my Perl programming and provide a cross-platform tool for fellow SIFT/Linux users.

Specifically, the script was based on the following sources:
- Mari DeGrazia's comprehensive blog post on interpreting the Bing Bar's "searchhs.dat" file.
- The "processBingToolbar" function from the "sep-history-viewer" C# Google code project by "ForensicGeek InTheCorner"
- The SystemTime 128 bit data structure as defined by Microsoft.
- Mark Stosberg's blog on Percent-encoding URIs in Perl.

Note: According to the "sep-history-viewer" page, the Bing Bar's "searchhs.dat" file is typically located for XP in:
\Documents and Settings\<user>\Local Settings\Application Data\Microsoft\Search Enhancement Pack\Search Box Extension

For Vista / Win7 it is located in:
\Users\<user>\AppData\LocalLow\Microsoft\Search Enhancement Pack\Search Box Extension

Also note that for a Win7 system, an additional searchhs.dat file (with URI encoding) has been found in:
\Users\<user>\AppData\Local\Microsoft\BingBar\Apps\Search_6f21d9007fa34bc78d94309126de58f5\VersionIndependent

bing-bar-parser.pl v2012-11-10 Finished!
Notice that the "Record ID for next new record" does not reflect the actual number of records in the file.

Limited testing has been done on SIFT v2.14 and on 64 bit Windows 7 with ActiveState Perl v5.16. The script seems to parse data in accordance with Mari's blog post.

For more information, please read the comments in the code (you can download it from my google code page here).
Special Thank-yous to Mari, "ForensicGeek InTheCorner" and Mark Stosberg - they saved me a bunch of time!

Sometimes forensicators might need to look at previous versions of a website.
The Wayback Machine takes historical snapshots of selected websites and allows users to view them in their former glory.

where http://nfl.com is the URL in question.
Images/animations may not load so you might have to click on the "Text-only version" link provided.
Incidentally, this cached page is what is loaded when you hover over a Google search result.
The Google cache might be handy if the page has been recently taken offline and has not made it into the Wayback Machine.

One of my practice cases involved investigating a PC for communications between a particular user who had "run away" and another party.
I noticed various references to a Steam profile in the Internet History.
Steam is used to download/play online games (eg Call of Duty, Left for Dead) and keeps various statistics on:
- if a user is currently online
- a user's playing time (eg 5 hours in the last 2 weeks)
- a user's game achievements
- a user's friends

Extracting from an SQLite Database

Say you want to extract the information from an SQLite database in CSV format for re-importing into another program. Here's one way of doing it courteousy of  The Definitive Guide to SQLite (2 ed. 2010) by Allen and Owens ...

1. If required, install the latest "sqlite" command line shell from here.
Note: SIFT already has a version of "sqlite" installed.

2. Run the "sqlite" command with the input sqlite file as an argument. For example type:
"sqlite cookies.sqlite"

3. (Optional) Type ".schema" to list the tables, indexes etc. contained in the given sqlite file.

4. Type ".separator ," to change the default separator to a comma.

6. Run your query for the data that you're interested in. For example type:
"select * from moz_cookies;"

The query results should now be CSV formatted in the nominated output file.
Alternatively, you can also use the SQLiteManager Firefox plugin to open an sqlite file and export it as CSV.

So thats all folks! Thanks for reading/commenting over the past year and here's wishing you a Happy Holiday Season (and Happy New Year too if I don't post anything in the near future).